What's cool is when your kids grow up and finally realize you were right all along.  AND TELL YOU THAT.

What's weird is when they say you were a good example. 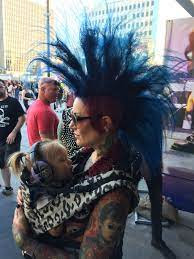 I really wasn't a good example.  I swear I wasn't. Really.

Life in the new motel is going well.  Once again the Sikhs came through for us via a co-worker of the Bikers, and got us a week free at this place owned by one of the Temple members. We'll probably  be able to stay here as long as we need to, and it's clean, bright and economical, too. Most importantly of  all, it's on the second floor.

What's strange is being back in a city-suburban surroundings again.

The last time I lived in Bellingham, it was a nice little town.  Now it is a high-density urban sprawl, and there's homeless encampments in every empty lot and down every creek.  Meth is everywhere.  Our room is in a nice area, too!  Clearly I was entirely too isolated in Sumas, because this is fuckin' extreme shit as far as I'm concerned.

About five years ago I worked at a place about half a mile away from our room, and it was a nice 3-star Marriot, brand new, in a newly developed area with it's own brand-new business district.  All that's still there, and still fairly upscale, but it's got homeless people, garbage dumps and abandoned cars everywhere they can fit.  The corners of every parking lot, between buildings, in landscape plantings and what few empty lots are left.  It's really messing with me.  Meth heads roam in packs and do home invasions en masse!

Now that being said, we're looking for an apartment in one of the 55 and over developments nearby, since the Biker works three minutes away from where we're staying - he's been walking to work in the mornings, it's so close.  It's simply a matter of finding a vacancy in this particular time and at this time of year.  This genuinely is a nice area, meth heads aside, and the amount of money we're saving on gasoline alone is fucking astounding. EVERYTHING is nearby!  Our friends, public transportation, our doctors offices; you know - civilization!  No livestock! No silage trucks! Supermarkets galore!  Even a sex shop!  All the necessities!

So here's the score.  We've been getting the mess cleaned up and the house dried out up in Sumas; we still own that, and we're planning on selling it.  We'll be moving back to Bellingham and into senior rental digs for the rest of our wrinkly lives because frankly, it makes sense.  It's time to let someone else worry about upkeep; and they all have allotments where you can garden.  Hell, I'll sneak in a rose and some ferns and they'll take it and like it.

The flood was a wake-up call.  We need to be way closer to services, and we need to downscale.  These past days have been...enjoyable!  Convenient! Positive, even!  And there's no chance in hell that we'd ever, ever get cut off so fast and so completely as happened in Sumas when the flood hit.  We're well above sea level here on a rise, and the drainage is fantastic.

Remember, at 9:30 am the water had reached our backyard.  At 9:52  it began to come into the house. At 10:08 we stepped off our back deck into water that was three feet deep. At 10:10 we were on a raised railbed watching water draining down into our town from a nearby river, and at 10:18 we were speeding down the single open lane of the very last back road out of town, with nothing but rising water in our rear view mirror, covering the road behind us as I watched and the Biker drove like a motherfucker.  That's 48 minutes from a dry house to a house that had two and a half feet of water in it and a town that was COMPLETELY INUNDATED. That's FAST.  Add to that another day and a half trapped on Mt. Baker  because the few roads and bridges were washed out, in a shelter because all the resorts and motels on the mountain were full of skiers and dipshits?  FUCK THAT.

Excellent plan for the future and one I also wish to put in place, but the stubborn husband isn't ready. So we'll continue to maintain this monolith of a house until someone falls off a ladder or a shit show of a disaster strikes. Good for you and apart from what you've had to endure, I'm a bit jealous. X

Oh, good luck! I'm pleased to read that this awful event brought you a glimpse of better times.
I'm wondering what to do for the future - whether to stay in the back of beyond or to move closer to services that I'll probably need. I guess something will happen that will prise me out of here.
Sx

Camille: It seems like that's the way it goes more often than not with us oldsmobiles. It takes a catastrophe to drive us out of our digs and start acting our age! Not that we do, but we pass.

Ms Scarlet: Thanks for the good luck - I'll take all the good luck we can get because daaaaamn. That said, it'll be a longass time before you need to worry about 55 and over lodgings, buttercup. I said that, that's the way it is, do not disillusion me, I see all and know all, you're just a blithe youth in the first bloom of life. Done.

Close call, I'm glad everything is working out and you're glad to be back in Civilization regardless of the Urban Issues. We too moved back to the City, back to Da Hood, for similar reasons. Yes, the Tweakers, Crackheads and Fentanyl Zombies are a modern day scourge across the Land, the Homeless are everywhere and crime is becoming scary, but as a Senior, we realized that being in the Boonies was just more dangerous in a different kind of way that scared me much more actually. Rural Living was not for me, I felt like I was living in an Episode of Green Acres, only in a McManse with a pretentious community I had nothing in common with. I Hope you find your Bliss, it sounds like you're well on your way to appreciating the next Chapter of Life.

Bohemian: Thanks for the kind wishes! Isn't the 'homeless in the suburbs' thing a trip? I always thought that was strictly a California thing, but apparently no. And I feel bad for all those people out there in this stinkin' climate living rough, too.
See, I look back and realize the same thing you did - it was scary in a way that I only appreciate looking back, living that far out in the middle of nowhere, with limited access, always needing to have emergency supplies on hand because the electricity WOULD absolutely go out multiple times each winter, the pipes WOULD freeze, we WOULD get cut off by local flooding, there WERE bears (not the good kind) roaming through town in March, huge pieces of barn WOULD come careening past my house whenever there was a Northeaster...none of which I will miss AT ALL!