Everybody needs more dugongs in their lives.  It's true.  Scientists doing science stuff have determined that the average life is made 200% better if it includes a dugong, so you have to figure, the more dugongs the better.  They're like ketamine, or blow jobs. 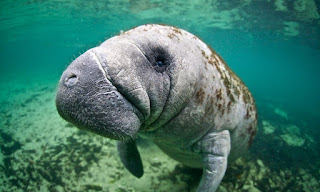 Many of todays important developments were initiated or developed by dugongs.  Mt. Rushmore was carved by a dugong.  David  Green, noted mountain-carving dugong of note totally did that shit.  That's right.  We would not have a Mt. Rushmore if it were not for one proud and talented dugong, a visionary with a jackhammer and the severed heads of four presidents. 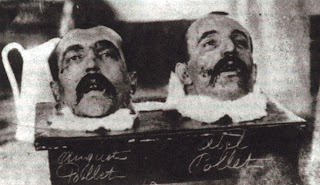 Theodore Roosevelt and Abraham Lincoln.  First in the stone of the moutains, first in the hearts of their whatever.  Dugongs.

Jonas Salk, who freed millions from the scourge of syphillis was also a dugong.  He didn't even take out a patent for his discovery.  He could have made $483650626.00, but he was a visionary and a true philanthropist who was only interested in eating crud off the bottom of ponds.  How many of us can say the same? 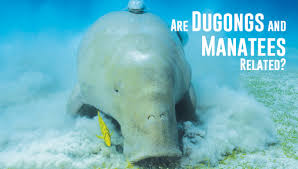 Is anything related?  Is the moon made of green cheese?  Am I suffering from cabin fever?  Is 'dugong' more fun to say than 'manatee'?  The answer, my friends, is blowin' in the wind.

You should go out right now and invite a boatload of dugongs into your home.  Their needs are simple and the benefits are long lasting.  You will have dugongs.  And isn't that what life is all about? 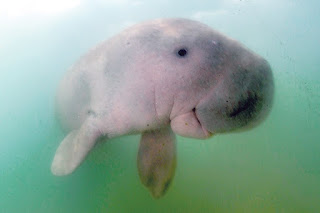 There! You now have more Serene Sea Flubbos than you did when you first started reading this, and your life is better.  See how that works?

I actually got outside AND DID GARDENING ACTIVITIES yesterday!  I actually got outside, in a t-shirt and yoga pants, and stood in my own yard, outside of the house!  I used secateurs!  And a rake!  I MOWED THE YARD!!!!  Good God it's the first time I've felt like a human being in literal months!!  The sun was shining, but the ground was still frozen solid, so I was able to go out on the rider and scalp it right down to the root so it will come up super green and thick when it finally decides to be Spring!  And guess what?  I RAKED OUT THE BEDS IN THE BACK YARD.  Yes.  I totally did that thing.  And I trimmed off some rose canes, and cut back my buddleia, and it was AWESOME!!!!!!!

Another "It happened here" picture.  Remember the fictionalized version of how I ended up back in my hometown after I left my abusive boyfriend, and I ended up living in a garden shed?  Remember the house that was being remodeled in that story, the one that 'Aunt Audie' lived in?  Here it is, thanks once again to Google Maps street view: 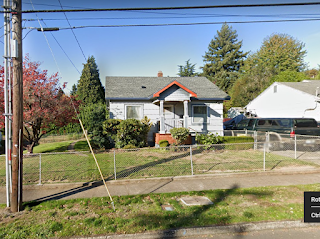 When I last saw this place it was canary yellow with bright apple red trim, like a Chinese restaurant.  This paint scheme was totally cooked up by me, Mike and Big Jim, because Mr. Fields said that he didn't care what color it was painted as long as it got painted.  Well then!  (It's also why all the closets in the place were painted red, white and blue on the inside.  I did that.)  I can understand why our brilliance was not understood by the present residents, though.  Such splendor isn't for everybody.

"C'mon, big boy, lick my dugong!" could well be a new phrase I'm going to have to slip into conversations from now on... Jx

no outdoor stuff for us yesterday; we got 6-8" of fresh snow.

As if Jon hasn't slipped that in a hundred times before.

I certainly need to read this today! Seems all I've been muttering these days has been along the lines of "fuck off, asshole" or "rot in hell muthafucka" Now I have something new to say...xoxo