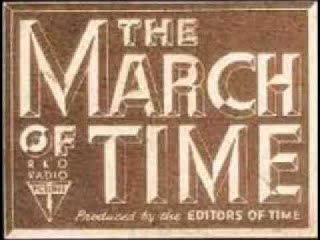 Lord, I am so done with this remodel.  However, there is good news in the midst of my angst!

We have a stellar company coming in to clean our attic, which is an eccentric maze of old rafters, old rooflines, strange narrow runs where none should exist and birds nests the size of an exploded bale of hay, among other perils. Like critter shit. Ah, life in the country in a pre-code house.

We also have the insulation company lined up and scheduled, which was a dog and pony show, let me tell ya.  There's a lot of men out there in this, the reddest corner of the bluest state in the Union, that see an older woman and get jacked full of aggression and paternalism and try and TELL you what you want.

Like that is going to work on me?  Did you not see the Klingon Empire insignia on my dorklord t-shirt? 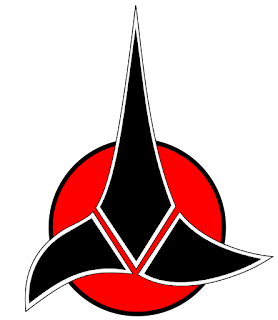 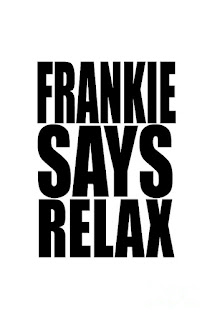 ...or like this either.  USE YOUR EYEBALLS YOU APPALLING MANCHILD!!!

The worst offender by far was one contractor  (KAZ Contracting, for anyone who lives in 'Fourth Corner' country) who came rocking up into MY house and insisted that he do the whole job, cleaning and insulation. INSISTING. That he do it, and for a laughably inflated price!  Over and over again! Each time just a little more sternly! What, I ask you, the actual fuck.  I thought he was going to plop his ass down and invite himself over for dinner.  I had to turn on that 'Mean Mom' voice and put my fists on my hips in that 'Tellin' YOU' stance, and that finally chased the idiot.  Never pass up an opportunity to exercise a little street theater, kids.

Can you imagine how this dude must speak to his mother?  That attitude stems from breeding.  Dad probably spoke to women in exactly the same way.  Here's calling that shit OUT.  Just remember, the hand that rocks the cradle, cradles the rock - and also the checkbook. Just because I'm female and old doesn't mean that I'm sweet or docile.  It means that I have had many more years than you to steep in evil practices and hone my methods to perfection. 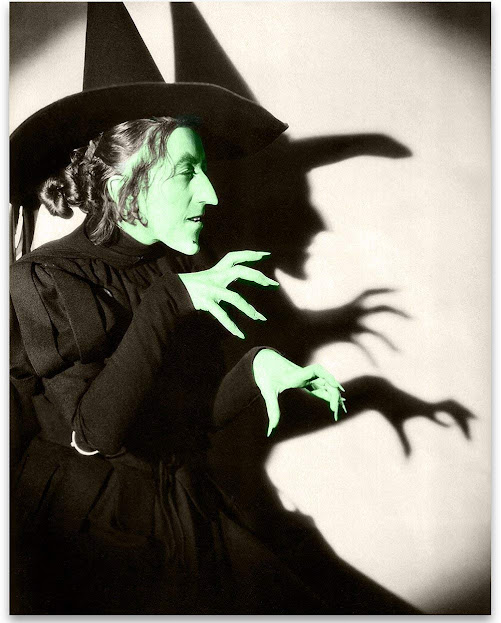 I'll get you, KAZ Construction!  And your little dog!

Similarly anyone who doesn't call back on an inquiry.  I guess you don't need my cash, Chuckie, because you just wasted my time like it's cheap.  Oh this pisses me off!  It's a common courtesy for fucks' sake, and a standard business practice!  In the age of cell phones there's literally no excuse whatsoever for this shit.  You don't have a single minute to at least shoot me a text?  You're off the island, Paco.

Now in other news, I've had to cut down my poor Camperdown Elm that had succumbed to a case of slime flux that engulfed the entire tree in one Summers' time.  I got it down leaves and all, and into the burn pit it went.  It's the only thing you can do when a plant is this badly - and suddenly - infected by so virulent a disease.  I was so appalled and so very sad when I discovered the extent of the problem, but when I smelled the overpowering rotten, fermented aroma that the burning wood gave off I felt like I was finally at peace with the decision.  I'm still bummed about it, though.

This was by far  my favorite plant in the whole garden.  I've wanted one since I was six, going past the Poulson House on the corner of Powell Boulevard and McLaughlin Boulevard in Portland Oregon, and seeing the fantastic specimen that lived in the front yard and crawled like a  giant carniverous spider down the steep lot toward the sidewalk.  What a lovely thing it was. 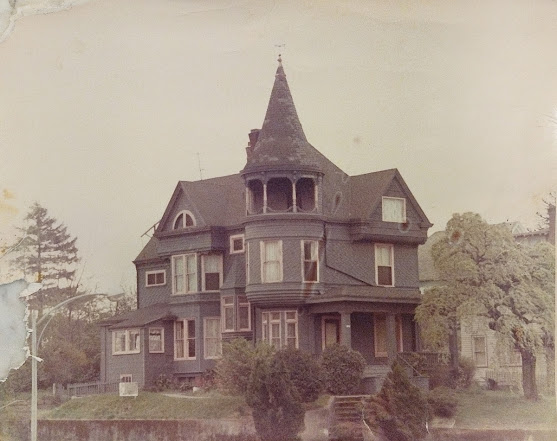 This is the Poulson House as I remember it, back in the 1960's and 70's when it was painted black with pink trim!  Scary as hell, with ghosts dripping out of the windows!  The tree on the right side is the old Camperdown, and out of shot is the side of it that went down the hillside.  This place still stands and has been fully restored, but sadly the Camperdown was eliminated, which sucks.

The way you have to look at it is, now I have room for something new next year. I sulphured the trunk and the surrounding soil, and I'll let it freeze out over Winter.  Next year I'll layer it over with lagoonage and plant something extravagant - and disease resistant - in it's place.  I'm thinking a Star Magnolia.

My garden is absolutely alive with bumblebees and other native pollinators!  It's like a miniature version of the movie 'The Birds' out there!  I've seen them teem to my blue asters before, but this year it's gone totally berserk.  Even the hornets are getting in on the action, next to the bumblebees, honeybees, the hoverflies, the regular flies and what have you.  The hummingbirds are absolutely enraged by all this competition and are out there swearing like sailors about this whole state of affairs.  Then in the evening the sphinx moths and hummingbird moths come and the second shift takes over, with tiny bats and ground sparrows sneaking around the flowers. 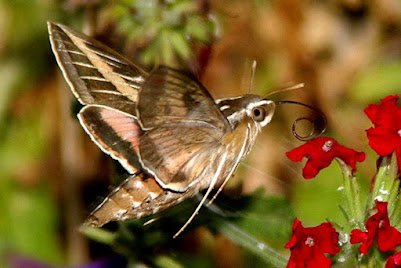 Hummingbird Moth.  Isn't it almost too perfect a disguise? They even sound like a hummingbird too!  Absolutely nuts about the color blue, in case you want to attract these wonderful little pollinators.

I can deal with most insects, bugs and arachnids.  But there's something I find distinctly icky about moths with big fat pulpy bodies, like Sphinx and Hummingbird moths; and if one gets in the house I go full on Squealing Moron, flapping and dodging and brandishing magazines trying to chase the poor confused thing back outside.  I think this comes from back when I was first riding, and in the evening the moths would hit the windshield and the visor of your helmet and leave a huge heaving splatter of icky pudding to mark the scene of their demise.  GAAAAAAAH!

This is why I chase them outside instead of flattening them.  That and I'm not a monster ffs.  I know they're harmless, but they're also all...mothy.  Those of you wishing to send me moths, I'm sorry but you'll have to return them to Hell from whence they arose.  I already have enough, thanks.

I love Hummingbird Months and only just got introduced to them. I shared a post on the one I sw a few post back. At first I think it was a huge bee and then a humming bird. After so research I found out what in blazon in hell it was. It was quite friendly too I might add. Or it was just a photogenic insect.

Glad you put your foot down with Bubba the contractor. As if a remodel isn't stressful enough.

I was enchanted to discover that we had Hummingbird moths. I found out one evening when the window just next to my chair was open one evening, and the buzzing little helicopter was inches away, sipping from the clematis 'Jackmanii'. As for contractors, we've had more than our share of Banty Roosters come and try to run their bullshit on us, meaning me, once The Biker has turned his back. Truthfully I think it has a lot to do with Covid and the second lockdown. We never had this issue with contractors before. Now they're getting desperate. I, however, am still just as stubborn.

Such a shame to lose a magnificent tree like the Camperdown Elm. I think you're probably right to choose a Magnolia stellata to replace it - such a magnificent and stately tree; and scented too!

Moths are my bête noire, too. As a child, I was terrified of them. As a grown-up (of sorts), I can tolerate them as garden visitors - particularly the Hummingbird Hawk-moths (that occasionally visit from the continent), and even their smaller native cousins - but can't stand them being in the house. It's the fluff and dust they shed, I think. That, and the fact that those nasty tiny ones lay eggs on anything woollen and the grubs eat and destroy it. We had a carpet infested with the bastards once!

Good luck with "beating up" the contractors! Jx

Ugh, some contractors are the worst! I love it when they underestimate me though. When a pigheaded fool finds himself under my pleasant exterior and into the maw of an angry Cougar. Once a contractor asked what I do for a living and I said Technical Writing to which he replied that my profession wasn't very ladylike. I said "I'm not a lady and Uncle Sam didn't have a problem with my gender when he trained me six ways to kill a man in the Marine Corps." Seems that laundry room got awfully small when he realized he wasn't the most intimidating thing in the room. ;)

I'm sorry you have to cut down such a lovely tree. I love Hawkmoths too, of course.

Sorry to read about your elm. We are being blighted by Ash die-back - it's been miserable spotting the amount of trees that have been affected this summer.
Plus, the scaffolding will be going up around my house very soon - I can't wait for everything to be finished, yet it hasn't even started yet. Still, one day I might have a roof that doesn't leak.
Meanwhile, I don't mind moths, spiders on the other hand I am not so fond of, and sadly as soon as it starts raining they gather in my bathroom - I think they enjoy the screams emitted from naked humans.
Sx

Yer a big ol' softie. WHy did you not whip that constructor out of the house with your chain whip ? A satisfying solution, sustainable too - to use the latest vogue expression.