Ad Astra Per Aspera, Y'all

The first time I was married I wore a ladies tailored jacket and skirt set from the 1940's.  It was all the way style and sharp as hell and fit my curvy little frame like a glove. No I don't have any pictures. Just believe me when I say that the outfit was the only good thing about that marriage.

I love well-tailored clothes, and when I'm forced to interact with my fellow humans I'll go thrift something vintage and show up put together like a brick shithouse, makeup, hair, the whole package, looking good. 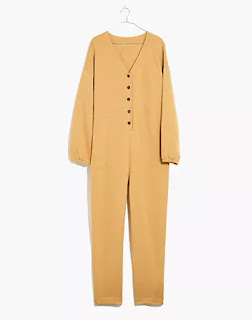 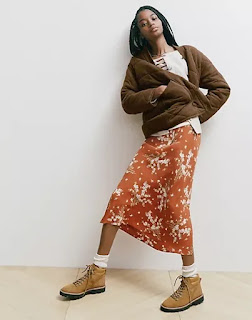 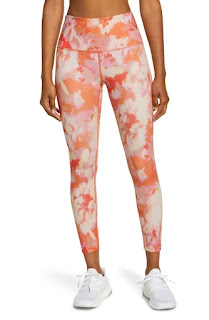 Look at my crotch dammit! Look at that red stain ON MY CROTCH! 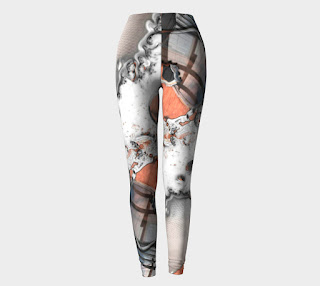 I SAID LOOK AT MY CROTCH!  LOOK AT THIS UNFORTUNATELY PLACED DICK SHAPED MONSTROSITY ON MY CROTCH! LOOK AT IT!!!!!!

Why in Gods' name are people spending money on deliberately ill-made, deliberately ugly clothes? Patterns that accidentally on purpose seem to be shooting out of your babymaker or your barking starfish? Immense images of Nicholas Cage? Shirts made out of 1/3 a shirt from Goodwill and 2/3 a shirt from Ship n' Shore for the love of Christ, deliberately askew so the buttonholes don't line up and the collars don't match? And what's up with the palette? Everything I look at seems to be variations on 'oatmeal and homicide' ffs. The general effect that the designers seem to be going for is 'What a dead-cat hoarder would throw on to go dumpster diving'.  And the models-!  Grim anorectics without eyebrows, man and woman!  I've been all over the web looking into this trend and it's just a joke. A very bad joke. The intentional asymmetry, the intended ugliness, the absurd 'Whoopsie! This pattern looks like it's shooting out of my ass!' bullshit just eludes me.

This is not to say that I'm a fashion plate by any stretch of the imagination. But then, I live in rural America and I'm 61.  We all look like bull studs from the 1970's out here, and yet our clothes are bilaterally symmetrical and don't look like they were sewn by people experiencing a psychotic break.

I've lived through some unfortunate trends, and of course there's always the extreme-o schlock that you wear for shits and giggles. But this crap has made it from the edge runways all the way onto the racks in Wal-Mart.  Hell, even the lady at the counter in my pharmacy here in Sumas is wearing this shit!  If anybody out there can explain the thinking behind this trend I'd be grateful.  Puzzled, but grateful.

So far I'm into attempt #3 of Watching Aquaman All The Way Through. The only thing that keeps bringing me back is Jason Momoa, and not just because I want to roll him in sugar and pretend he's a lollipop, either. 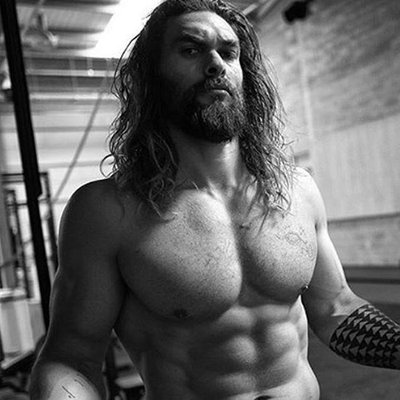 Long story short, I finally succeeded!  I would have written Aquaman off as time wasted never to be regained save for the presence of Mr. Momoa, who to my astonishment and gratitude turns out to be one of the most natural, funny, and accomplished hot male actors since the notoriously lickable Brad Pitt also turned out to be a fantastic actor with infinite range!

He is way more than just another '2nd tier action stud', and I'm looking at you, Mr. The Rock. Take a seat.  (Vin Diesel gets my pardon because motherfuckin' Vin Diesel. Similarly Shane Diesel, another action star. Ahem.) I can just picture Jason in one of those quirky Wes Anderson movies alongside Bill Murray.  Tell me what you think!

I almost choked on my coffee when I got to the line "variations on 'oatmeal and homicide'"!

I am continually perplexed by what people choose to wear in public these days - enormously fat black girls in leggings three sizes too small and really bad VPL; chav boys with super-skinny jeans that make what might have been a hot bod (in proper clothing) into something that oddly resembles a spring lamb chop in loafers; girls who are far too young to have had the ghastly lip-fillers and tattooed-on eyebrows they're sporting, wearing one-piece bodysuits in "flesh"-tone or baby pink; and let's not mention the profusion of "Billy Eilish blue home hair dye-jobs" on people who do not look like, and will never even vaguely resemble, anyone who should be singing in a video...

Mind you, I imagine people my age back in the 1980s would have said exactly the same about what I chose to wear when I was in my late teens/early 20s.

I have seen some strange asymmetrical raincoats - one half gets wet, the other doesn't. They don't seem to be flying off the shelves, thank goodness.
I am grateful that I live in Devon and no longer have to worry about fashion - keeping dry is THE issue.

Hate to say it, but Jon is right about adults being perplexed regarding our clothing choices in the eighties. I close my eyes to the worst of it and my mantra is let the young be young - it's their rite of passage to piss us off - and one day, they will be us.

'Oatmeal and homicide' is a genius description!!!
Sx

Because I'm an old broad with a selectively quirky but far reaching memory, some of the heinous sartorial choices of the 60's immediately come to mind. Cue up the movie 'Woodstock' or the TV show 'Laugh-In' and then get back to me. My God, all that leather fringe, wild fabrics and ultra mini skirts. (Which everone wore whether it was ill advised or not) Not to mention the dirty hippie look. I was young but absolutely thought it was all so cool. So the current fashions indeed suck but seem quite tame to me...except for those leggings. Jesus, WTF were they thinking?

Ill never understand why society goes for what I call disposable clothing that will last but a few month or fall apart after on wash. Forverer 21 and Primark I don't get. I friend and I were out one night, and when we went to get up , the jean he bought at Primark split right done the sides. I told him to expect what you pay for. Me? I thrift and will pay good money on quality clothing, things that can be classic yet still mixed with trendy. But I will not spend as much for trendy clothes.

And Ill never understand crocs, sweats and exercise wear as fashion. I find it lazy and insulting outside the house.

I'm in agreement with you and everyone else. I have a couple of theories to propose as possible answers though. 1. Lifestyle changes, people don't spend as much time as they used to outdoors so there isn't as much of an expectation for clothes to be thicker or more durable. 2.this goes hand in hand with #1 and that is that by spending more time inside and on screens we are also bombarded by advertising. These younger generations get bombarded with so much more advertising and branding surrounding their lives that they don't know any better. They don't have any context about clothes used to being better quality, better designed and more versatile. Fast Fashion created the market they wanted to sell too. I tend to order directly from my favorite brands because I know what I like and I want to keep buying it. Ever so slowly the quality has gone down, but still not as bad as the new normal. I can no longer expect my Keen's everyday wear shoes to last me five years. They changed their glue and now the sole comes about just before the 3-year mark. That's still better than some other random shoes off Amazon.

Jon: Oh, I was a sight when I was a teenager too. I mean, black goes with everything, right? Just like Flock of Seagulls hair and torn hose. The Billy Eilish hair is so much the done thing here that you don't notice it anymore, you just figure someone really needs a hug. I just take issue with the blatant "You dolts really will buy anything" stuff, like half a black slip sewn to half a boucle' dress that's five inches longer than the slip. That kind of thing passing for high fashion. There's some good examples here: https://in.pinterest.com/pin/441775044671654256/

Ms Scarlet: I so get that. But I'll shoot you the same link I shot Jon and show you what I mean. These are adult fashions, marketed as top dollar designs. link: https://in.pinterest.com/pin/441775044671654256/
My daughter says it was all started with 'Man Repeller' (now just known as Repeller, and not just fashion but a full-on lifestyle site) and 'Madewell' which you can Google too.

Camille: We're definitely the same age. I rocked that dirty hippie thing hard when i was in Jr. High and thought I was soooooo cool and bohemian!

ProximaBlue: I think you're onto something with that. I really do. I remember the label thing coming into the mainstream around the 1970's with the Izod Lacoste shirts, Pierre Cardin everything, Members Only, Nike, Gunne Sax, all that stuff.

Mistress Maddie: Absolutely. Forever 21 is garbage. Primark is fast fashion, conspicuous consumption hell. But deliberate ugliness being marketed as high fashion to adults for high fashion prices...here's a link to what I mean:
https://in.pinterest.com/pin/441775044671654256/
...see, that I absolutely do not get at all.

I did, in times past, have some really nice outfits.Now? Retired, living in the Tropics I mostly wear denim skirts and T shirts to go shopping and even less at home!

dinahmow: I know what you mean. I had some nice gear in my day. Now I have slogan t's and yoga pants! Oh, and a Coach bag. My one style piece. You have the tropics, I have rain and mud.