I woke this morning by sitting up and announcing "It's Waldemar!"

I don't know anyone named Waldemar.  I wasn't dreaming about anything remotely Waldemar-ish.  It is a mystery.

I also learned that one cannot change channels with a cell phone; neither can one make calls with a remote.  This is a lesson that I apparently need to re-teach myself about twice a week.

This afternoon, I went to visit the lady next door, who wanted some divisions.  When I knocked, I heard her say "Go see who that is" and a kid ran into the front room, looked at me through the glass and announced "It's some man!" and she replied "Don't answer it then."

It has been one of those days.

Last Monday The Biker hauled home an entire wood turning setup, from lathe to blades and everything in between, that he lucked into on Ebay.  I can't fault him for it - he got a couple of grands' worth of quality tools for $125.00.  Yeah, he had to drive to Montlake Terrace and back, but that's still a bargain even with fuel costs added. 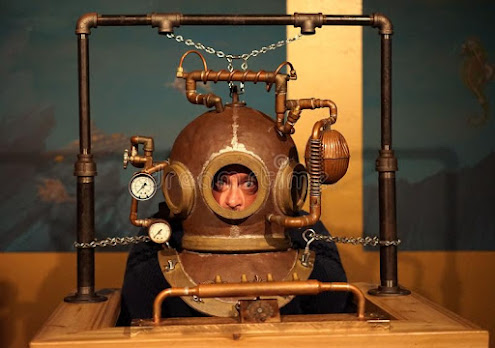 Had he asked, I would have had him bid on this vintage Feldman-ator.

No, what I can fault him for is the fact that 1. He does not know how to turn wood 2. He has only partial use of his left hand, and 3. The garage is packed full of tools, equipment and crap already.  Fine, it's his garage and his domain, but I've had an industrial wood turning lathe in the back of my pickup for a week now and I need my pickup to go grab another load of lagoonage dammit.  Add that annoyance to the annoyance of knowing that at this very moment that man is outside trying to move the stupidly heavy thing by himself into the maw of Chaos.  Yes I offered to help. Of course he refused any help whatsoever.  He is German, after all.

So far I haven't heard any loud 'SPLAT' sounds, nor have I heard screaming and pleading, but I wouldn't, either.  He is German, and thus far too macho to make a 'SPLAT' sound, or scream and plead.  He would simply lie on the concrete under the lathe and feel very grouchy until he expired.  I should probably go check on him.

HOLY SHIT HE DID IT!

I keep forgetting that The Biker has fabbed himself several moving dollies of different heights for just such purposes.  He has a chain hoist and a welding set-up (of course) and access to lots of scrap steel and punched bar stock and casters and whatnot via his job.  I needn't have worried.  But I did, and I feel better about myself for having worried, although I never did lift ass and go check to see if he was bleeding out on the garage floor. 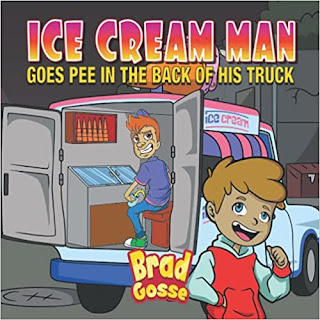 I searched 'man crushed by machine' and this came up.  I liked this better. Here it is.

The guy who put together this turning set up was a real engineer, and given that he lived in Montlake Terrace, he probably worked for Boeing.  The stand, custom rigs, and mounts are works of  great skill and mechanical know-how. It's kind of a shame that all this hard work was wasted on the dudes' son, who couldn't wait to get it off the property.  Of course the fact that the dude was so quick on the trigger that he offloaded $2000.00+ worth of quality equipment to the first bidder means that he is almost certainly a fucking idiot.

I was able to get all of my tomatoes ripe and inside this year for the very first time ever in the history of my growing tomatoes!! 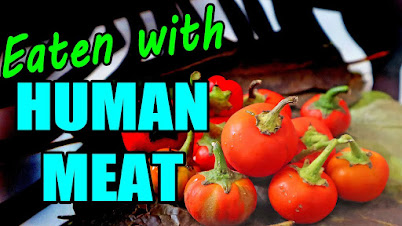 After two weeks of dry aging in the crawlspace, naturally

The last batch of tomatoes just got processed, and there was just enough to make a big pot of Pork Marinara.  (From a long pig, naturally.)  I had to make ground pork anyway, so I carved the meat off the bones and ran it through the grinder on my Kitchenaid, baked the bones in the oven and then into the pot full of fresh, raw tomato sauce with some garlic, olive oil, black olives, red wine and coffee;  a little oregano, a little basil, cooked for a couple hours on Low.

I was able to make a nice lunch out of the pork left on the bones once I took them out of the pot,  I've got five pounds of ground pork for sausage, half a gallon of marinara, and a nice smug feeling that makes up for being mistaken for a man by a small child this afternoon.

Went right to work, too.  They're up there right now making alarming noises with a ginormous industrial vacuum cleaner.  They're even running it down between the walls (gotta love balloon framing) to suck out all the antique Hantavirus.  ONE IS STOKED Y'ALL!!  Insulation next week!!!!!!!

I loved that picture of you in the lederhosen. Your neighbor will be sorry she didn't let you in lambchop.

And a entire wood turning setup? What possibly could go wrong???

Mistress Maddie: I know, right? Just look at that moustache. I'd do me.

German spouses at risk of death-by-lathe and a pork-and-tomato recipe, to boot? Domestic bliss, as always... Jx

PS Lederhosen is definitely due for a fashion revival.

Fine, it's his garage and his domain, but I've had an industrial wood turning lathe in the back of my pickup for a week now and I need my pickup to go grab another load of lagoonage dammit.

Welcome to my world - you would love to see what I've had stored in my utility room for the past month. Grrrr.
Sx

Valdemar (with a V not a W) Poulson invented the first tape recorder, if that's any help (it's probably not)? (And had a starship named after him in Star Trek...)

It's probably a good job The Biker didn't get macho-German-equivalent-of-SPLATted, as that would just have meant more clearing up for you to do.


P.S. Ms Scarlet? Is the "Grrrr" a clue? Do you have a bear or tiger in your utility room?

My husband’s father gave us every piece of work shop equipment he had. Lots of old metal fishing tackle boxes filled with all sorts of things I will never use. I did run into an xacto matte knife with finger groves the likes of which I have never seen before. No idea how old it is. It’s like treasure hunting in this house.

I vaguely remember that in some cheap fifties or sixties horror flic (Hammer Productions ?) a "Waldemar" was involved, but no details, and I will not look it up because I am German and we do not care for details, we just conquer the world in general, details (and insulation) are for thr weak ...

Hahaha. This was funny and relatable, especially the part about him being grumpy under the lathe until he expires. What a bargain on the lathe and other tools! I am truly jealous! I come from a long line of Master Boatbuilders of German descent and few a family obligation to build my own worthy watercraft of supremely smooth design and functional efficiency.

Inexplicable DeVice: Your knowledge of Trek lore is encyclopedic! Makes me wonder if I'd had that knowledge stored in my subconscious and it rattled loose in the night. I could have had a minor stroke too, or been abducted by Space Germans or something.

Jeffrey: Welcome to the machine, Jeffrey! I know, inheriting can be a mixed blessing. We just got a whole houseload of stuff from The Bikers' step-father. And while we now own all the tooling for an old-time blacksmiths' shop, and it's ultra cool, we really don't...do much blacksmithing. Lately. And I don't see us mending cauldrons or shoeing horses in the immediate future. So it all sits out in the garage, getting older. Le sigh.

63 Mago: I'm not going to look it up either. So there. As for insulation being for the weak? Yeah. It is. It totally is.

ProximaBlue: I see a Drakkar in your future! You could raid Newfoundland! Hy a Tee Yah!