Tra La! It's Spring! Plants Are Using Bees To Have Sexytime! Beer!

The last couple of days have been pretty wonderful. The weather has been prime, my garden is saWEEET,  I am now the block Grandma, and all the kids know me, and I know them.  There is Raler, Um yeah him, Oh Yeah Uh, See That Kid? and Him. 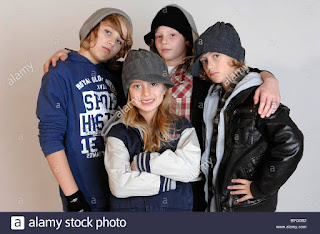 'Um Yeah Him' is kind of displeased because he was given a bright metallic fuschia bike, and I can't blame the little dude.  Yes, it's brand new and it was abandoned in a rental garage in his building, but he's all boy, this one, about two steps up from eating dirt and bare-ass crapping in the great outdoors, and he doesn't want a bright fuschia bike, that's sissy!  He told me "Here, you're a girl, you ride this girl bike."

I have not ridden a bike in a few years, but oh, in my heyday, I was a daredevil.  This was just before stunt bikes, so I cannot say that I did flips and tricks, but I could stand on the center rail and glide standing up with my arms out, which is pretty damn cool.  Anyway, I jumped on Um Yeah Hims little bike, your standard dirt tracker, and surprised myself and all the kids in the neighborhood by flying around the block, through the field, doing scrapes and tight turns and all that goofy crap. (All the exercise I did this winter totally paid off!)  I had a line of five little kids running and laughing fit to bust after  me as I zigzagged around the field, and then I had to stop and laugh too.  It was pretty cool. 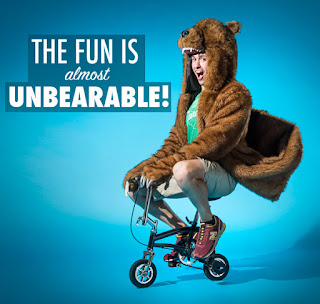 See That Kid loves sedums.  He has one at his house, as he has told me, and he pulls all the dead leaves off it and keeps it in the brightest window. He likes it because it's dinosaury.  He is one of those little grade school boys you can tell is already 40 years old minus the vocabulary and experience, just a sweet, mild, sensible soul.  I have got a pot of sedums that I started for him so that he can maybe catch the spark of gardening. 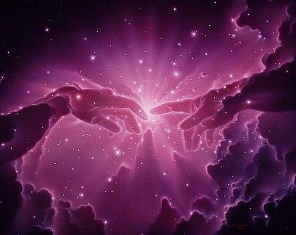 Oh Yeah Uh See That Kids' name is actually Memphis.  He's a 'Third shepherd from the left' kind of kid, always in the middle of the pack but kind of shy.  His mother is a beautician and he frequently shows up with gleaming magenta or peacock blue hair.  I don't know if he likes it or not, but at least he stands out.  He also likes to sneak into my back yard and hang out under a salix contorta I have and play with his different action figures and cars. 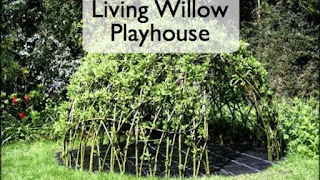 I see the sag in my wire fence, and I've seen his little hind end booking across the field as soon as I came out into the back yard, so yeah, I know it's him.  I'm not enraged or anything.  I will have to put up a taller fence.  But oh my heart... I found a little hollow that he made under an evergreen tree I have out back, like the kinds of little nest-forts I used to make when I was a kid, to smell the foliage and play with my toy cars, and  my grandma-heart just goes out to this little guy.  I get it, Oh Yeah Uh See That Kid.  I'll put up a taller fence, but I've left a lot of branches and things sneak off over the property line and through the fence so you'll always have a little fort to hang out in, just outside the fence in the shade and tall iris. Because I'm fuckin' totally awesome.

The Biker and I spent today going to garage sales (for the first time in 13 months!!!!!!!) and doing a little recreational spending. It felt really good.  In fact, it felt like a return to something fun and important that's been missing in our lives, without our even realizing it was missing.

We have been talking about going back into the Swap Meet game for years now, getting a recreational vehicle with a lot of storage space and just hitting swap meets with our table and stock, caravanning around the PNW, getting in to the meets early and partying with the other dealers, bullshitting, wheeling and dealing in the sellers parking lot before and after hours, when the best stuff comes out and the amazing deals get done.

We did that quite a bit while The Stainless Steel Amazon was a teenager. We made a chunk of change and a lot of business contacts that have lasted over the years.  Now that it's a viable full time option, we've been watching all these 'Schoolbus Makeovers' and 'Vintage Motorhome Resto's' on YouTube.

See, we have a metric shitpile of vintage stock left over from those days, well boxed and just waiting to be dispersed among the populace.  We used to do a bangin' business every meet, cars, motorcycles and antiques, and interestingly enough, it's something that The Biker and I can do together, as a team, a natural Good Cop Bad Cop team - it just comes naturally to us. 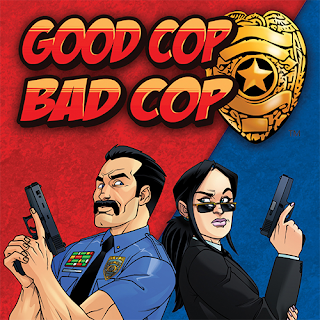 We felt some of that magic come back to us at an estate sale we went to today.  As a team we are unbeatable.  This was a sale being run by an estate liquidation company, and we had that whole property dicked and down after five minutes. Shee-it.   We had the money mapped and our contacts uppermost in our thoughts and we just kept looking at one another with that 'We still got it!" grin.  And that's the thing - the sum is greater than the parts with us.  It's the best feeling in the world scouting around like a couple of spies and reporting back to each other, tempting people back to our lot, swapping, raiding, talking the trade - and it's all 'our' people!

I am super stoked.  I feel like there's hope for the future in this, for us as an active team out in the world doing something interesting that we both really enjoy, that has history and travel, dead peoples' belongings and lots of partying and bullshit mixed in with it.  It would be bomb ass if we spent this next winter down a couple of USDA zones, going to swaps, hanging out, seeing old friends, following the Rust Trail.  Those sparks of hope, man, you gotta keep them alive.  Meanwhile, I have a glow-in-the-dark garden turtle figurine, and the Biker has a hand-forged sledge hammer and a tractor pull trophy, dammit. 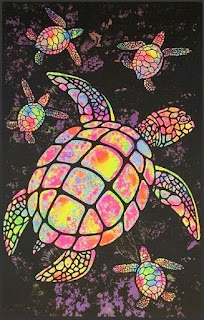 you're nice to the neighborhood kids. swap meets sound like fun. YOU FUCKING ROCK!

I would pay to see the footage of you zooming round the neighbourhood on a kids' bike! Sounds like you are now well-and-truly part of the "gang".

The equivalent to "swap meets" here, I'd guess, would be the ubiquitous "car boot sales" - only ever went to one once, and then only as a way to spend a couple of hours looking at all the tat for sale. Never actually done one as a buyer, because a) we don't have a car to sell anything out of, b) I'm such a hoarder I'd probably not bring enough stuff to sell, and c) I am not an "early bird" so would never get up early enough to get there at opening time...

Sometimes, this tough ol' bird comes close to tears. You and the misfit kids is one of those times.

Hey what became of that hamster that used to to do Renaissance art critiques, back in the long-ago? Never mind. I love the kids on your block today.