No Fool Like...Well, Me, Basically.

So we had a get-together to celebrate a friend getting a new job.  And that was nice.  Nobody exchanged droplets and we all had a lovely time.

I also fell off the wagon HARD, drank half a bottle of vodka and a six-pack of high test beer.  Me and one of the other hard chargers stayed up until 5:00 in the morning talking complete drunken bullshit, and I spent all day yesterday sick as a dog.

This is new for me.  Not making shitty choices; hell, I could give classes on that.  No, it's the whole 'feeling like shit the next day' that I'm not used to.  And I felt like SHIT.  I spent most of the day either snoozing or in the bathroom. 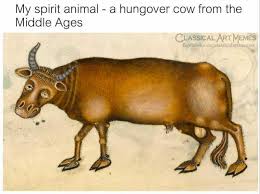 I feel like an idiot.  I don't even remember half of what was said (Except one guy who kept asking me 'What about the Copts?" which, I have no idea whatsofuckingever how the Copts came up. He really wanted to know about the Copts, though, right around 2:AM.  Yay Beer!) 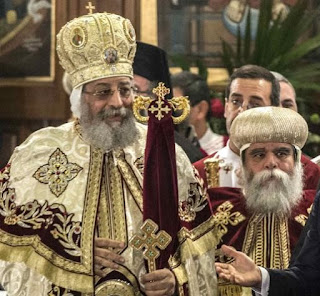 I found the Copts!  Now what do we do with them?

2 days later I still feel poisoned and my house smells like tobacco flavored vape fumes.  There's a howling rainstorm outside or I'd have all the doors and windows open.  As it stands I carpetbombed the joint with Febreeze, so now my house smells like whatever Febreeze is supposed to smell like and tobacco flavored vape fume.  Last time I ever try and play 'cool hostess' like that.  If you can set it on fire, take it outside, vato!

Gone indeed are the days when I could out-party everyone and not pay the wages of sin the next day. 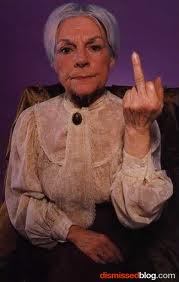 one lousy glass of wine puts me to sleep quickly now. aging means we can't hold our liquor, or our pee. age 66.5 here. I have not drank like you did since college a billion years ago.

Hell, toots, I still drink like that if it's gin... and I can go shot for shot of Fireball, and the next day, I'm fine or might have a slight headache, but nothing aspirin won't fix. But if I have anything other libations like that, then I pay for it, except for beer. And sometimes my cigars don't always sit well either with heavy drinking. I only smoke them or weed when I'm not heavy drinking. I suspect we would have been good drinking partners of yore.

I have yet wake up with someone else's underwear on. yet.

Oh, for a chance to actually have a get-together with other people to test my resilience! We're slowly coming out of lockdown #3 here, and haven't seen anyone (except the Madame, and occasional neighbours/shop assistants at a distance) since last autumn.

I do know, however, that whenever we have hosted a party I am always "last man standing", putting the bin-bags full of party-related detritus out at about 6am...

There's life in the old dog yet. Jx

Having done my bit for the wild life and a stint on the dry farm, I have come to appreciate my limitations and now am happy with the slight buzz a few glasses of wine gives. It's the little things and of course, edibles. xoxo

anne marie in philly: Man, I cannot do wine. That's a cooking ingredient as far as I'm concerned, which, nothing against wine but it and I are not on the best of terms, recreationally speaking. As for pee? Seriously and in all candor, doing crunches cured that like a goddamn CHARM. Those pelvic floor muscles got the message and now all I worry about are those sudden titanic sneezes out of nowhere. That's why I carry a full change of clothes with me in the car and have for ten years now.

Mistress Maddie: Oh man, we would have tore it UP!! Nothing I like better during the fine days of Fall than a fine cigar and a tot of Bushmills. That's being a damn grownup, is what that is, fine as frogs hair. Still, though, I want to stay on the wagon. Maybe I'm being a masochist, but I have a problem stopping at just one (OCD) and nobody wants to see Grandma out in the front yard singing CSNY in her bra and Uggs. Nobody I know, anyway. Which sucks. I can do 'Helpless' so sweet and fine it'll make you cry tears of nostalgia, all paisley and psychedelic.

Jon: That's me! Beer in one hand, hauling the empties out to the curb dressed in a kimono and my husbands slippers, while my friends litter the carpet, snoring. And it was this time too. This time though, I got up, still drunk, cleaned house, fogged the fucker with Febreeze, and then staggered off to my bed of pain, stinking of vodka and controlled substances. If I was back in fighting trim, boy howdy, I'd match you shots and it'd be just like that one scene in Priscilla, Queen of the Desert, man. (I'd be wearing the cha-cha outfit made of shower sandals.)

Savannah: Wow you can do edibles? Brave lass! Titan among women! Me: instant paranoia, like, fully grown, sprung from the brow of Zeus in battle armor with an owl on my head and a spear in my hand - type - paranoia. Hellish! You are so cool. I'll let you hold my owl. No fondling.